“…the height of sophistication is simplicity.”

The innovators at Napkin Finance have taken it upon themselves to simplify finance with the aid of paper napkins. 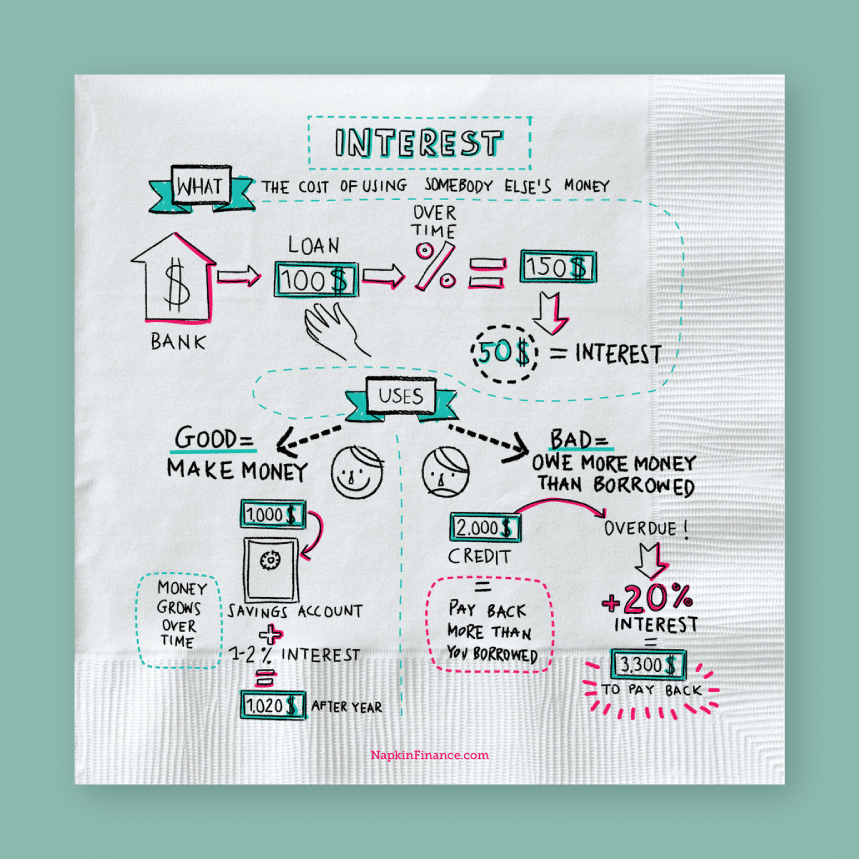 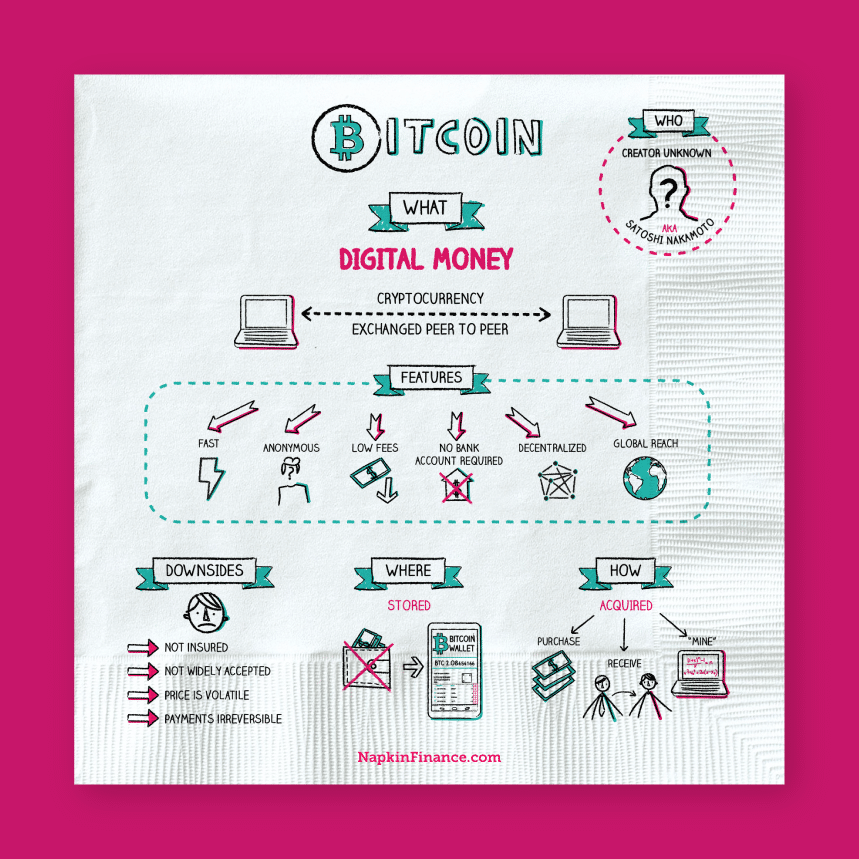 In 2002 as a student enrolled in a finance class studying toward her MBA, Tina Hay struggled to grasp the coursework with the relative ease of her classmates.

So, she began to draw.

Finding herself to be more of a visual thinker, she translated the words and numbers into illustrations that made sense to her.

Her passion evolved into Napkin Finance: a multimedia company that uses video, text and illustrations to simplify finance for everyone.  The mission for the company is to empower their readers, “in a simple, fun and engaging way.”  Their motto, “Everything you need to know about money in 30 seconds or less,” a concept they carry through to every one of their thoughtfully designed napkins. 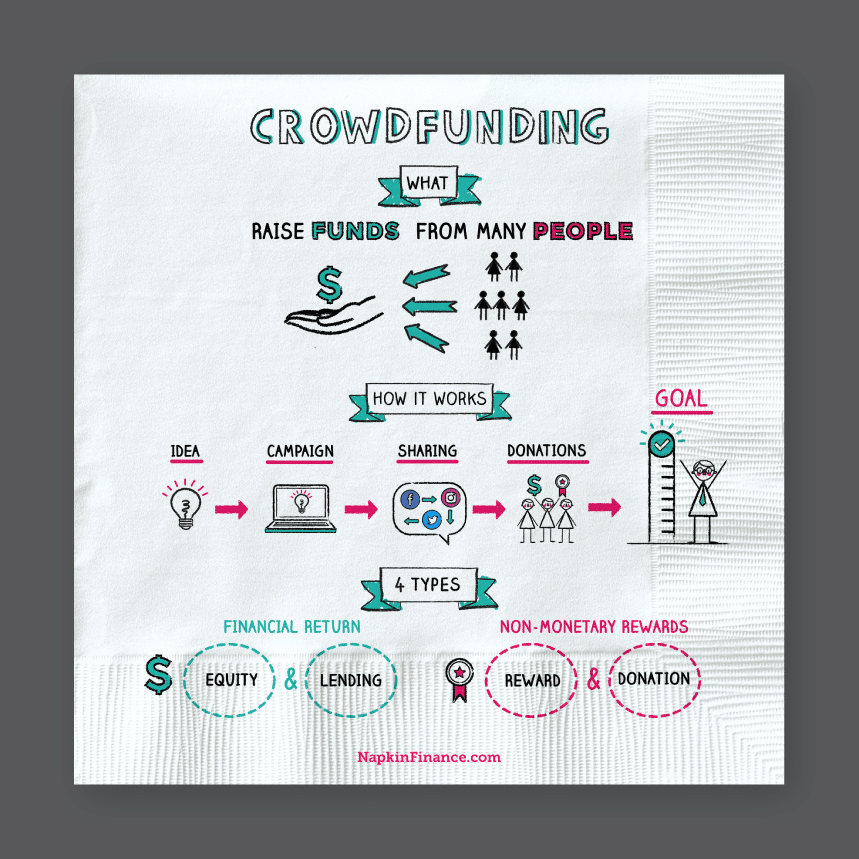 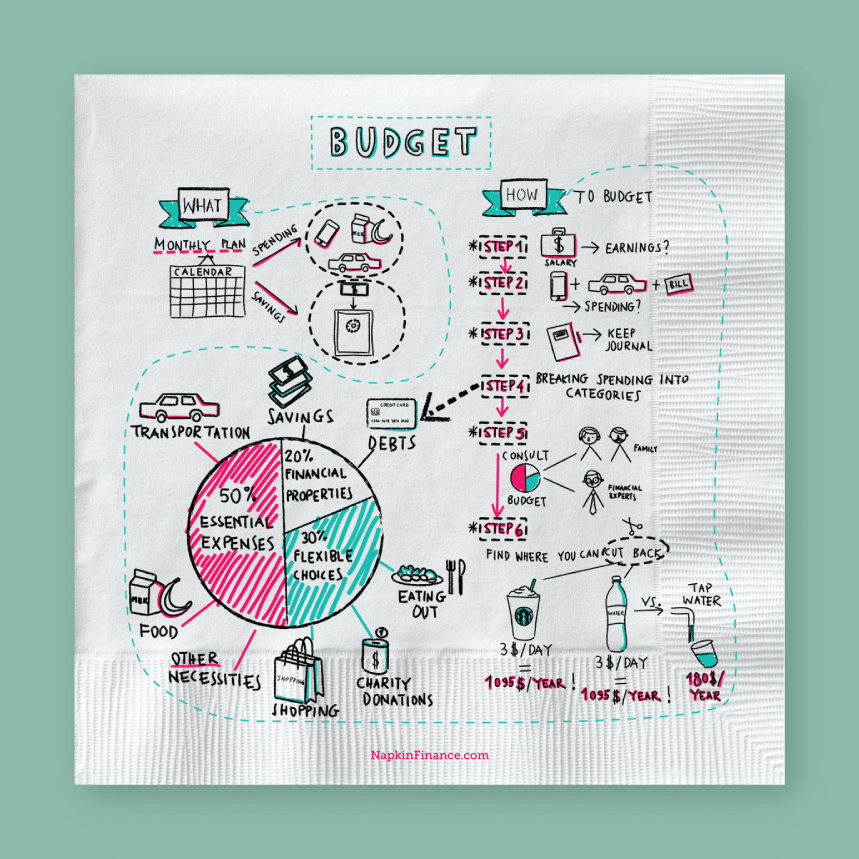 Each napkin begins with a story, a “what” or “how” which is then visualised and the sketching begins.

The entire process can take anywhere from a few weeks up to a few months from initial sketches to digital illustrations.  During this time the team checks in with a pool of consultants consisting of financial advisors and former bankers to ensure the information is communicated in the best way possible while still being succinct enough to fit on a single napkin.

The concepts covered on these unique napkins range from compound interest and bitcoin to how Kylie Jenner became the youngest self-made billionaire.

To view these and more in greater detail visit: https://napkinfinance.com/napkins/ 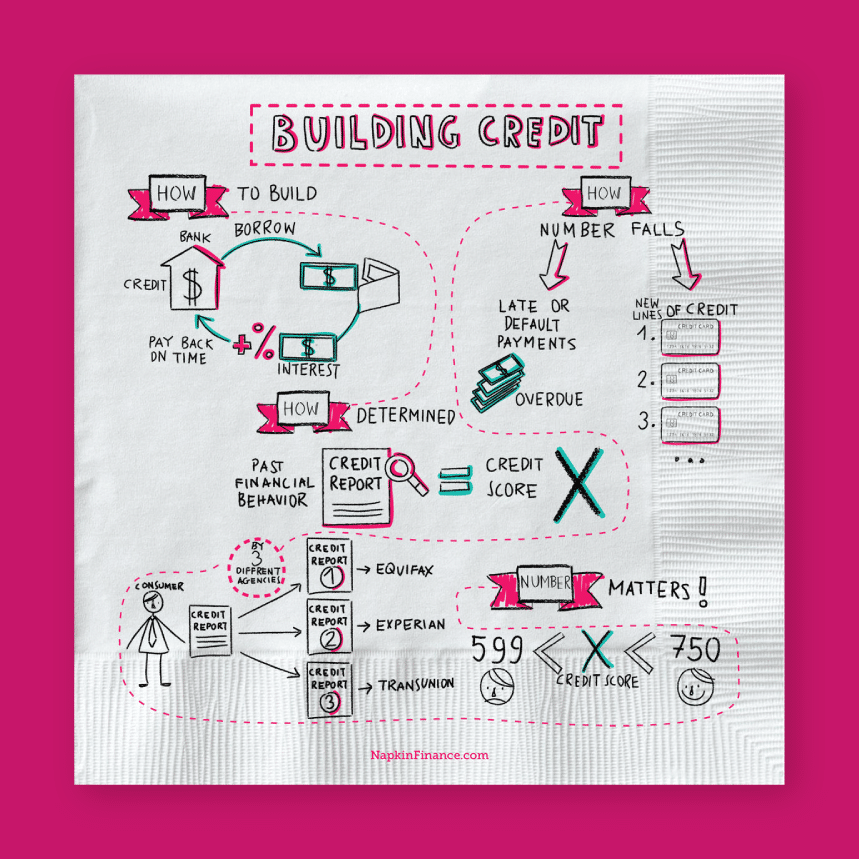 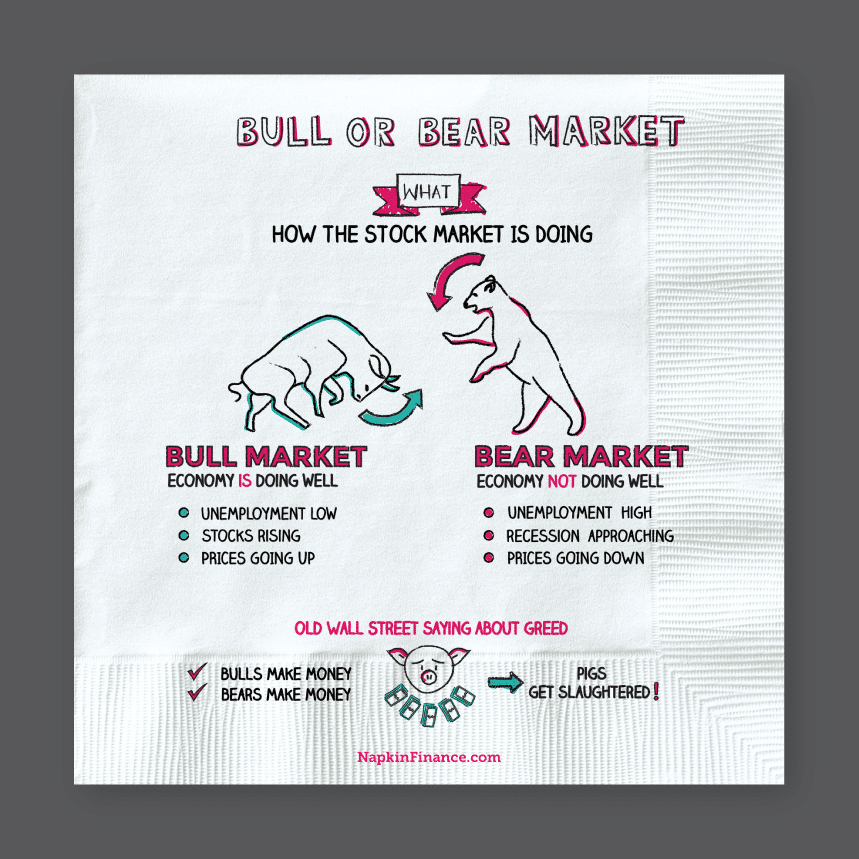 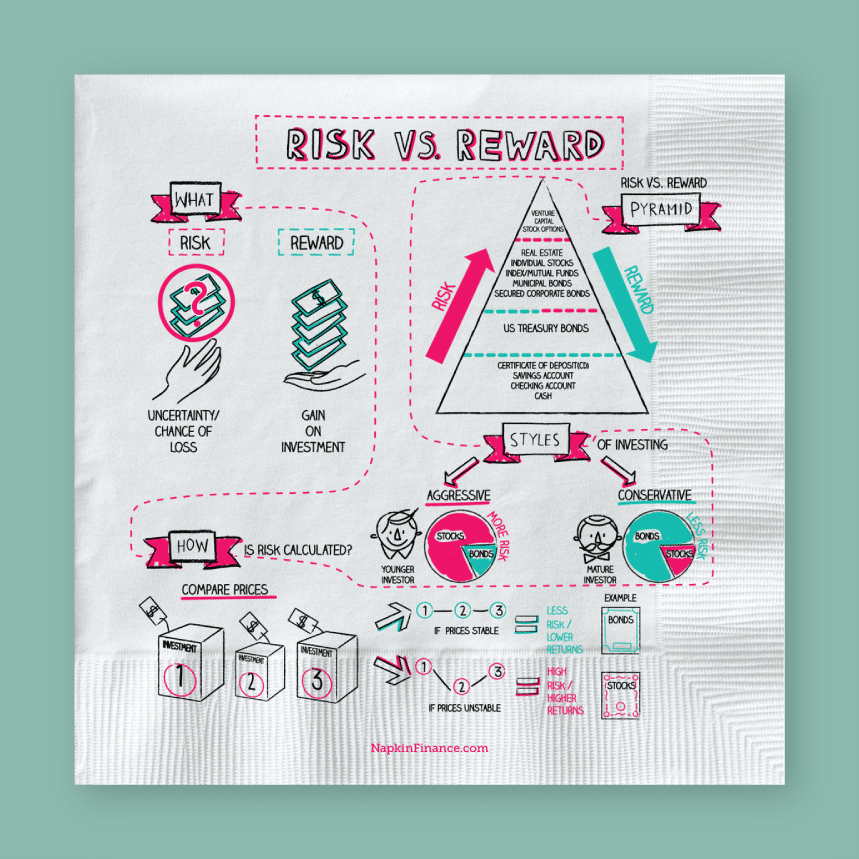 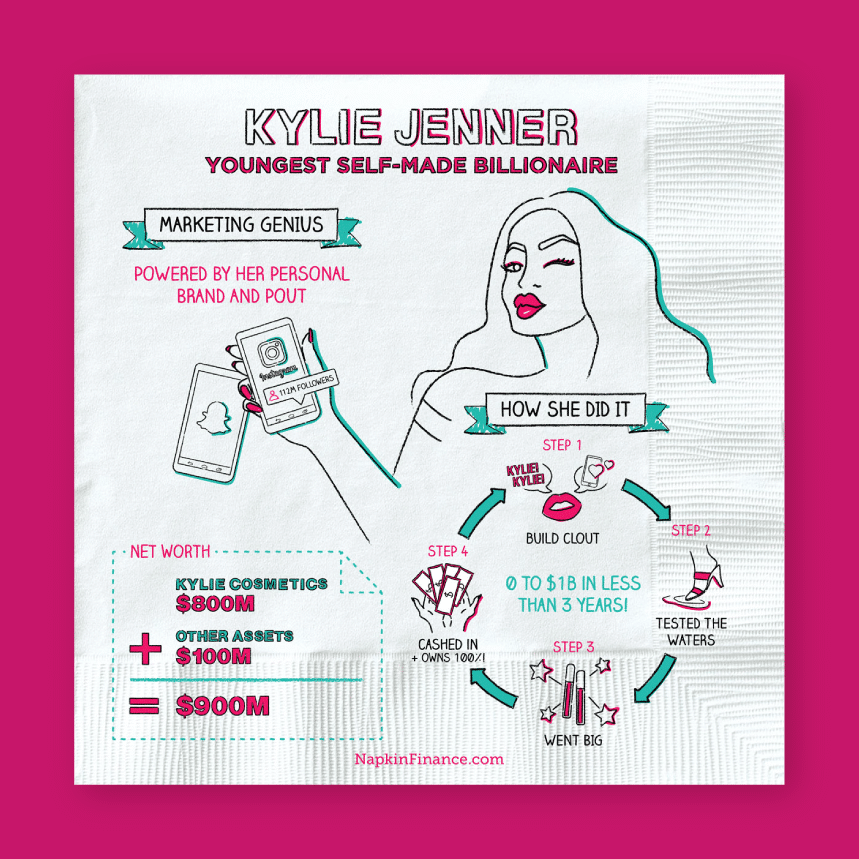 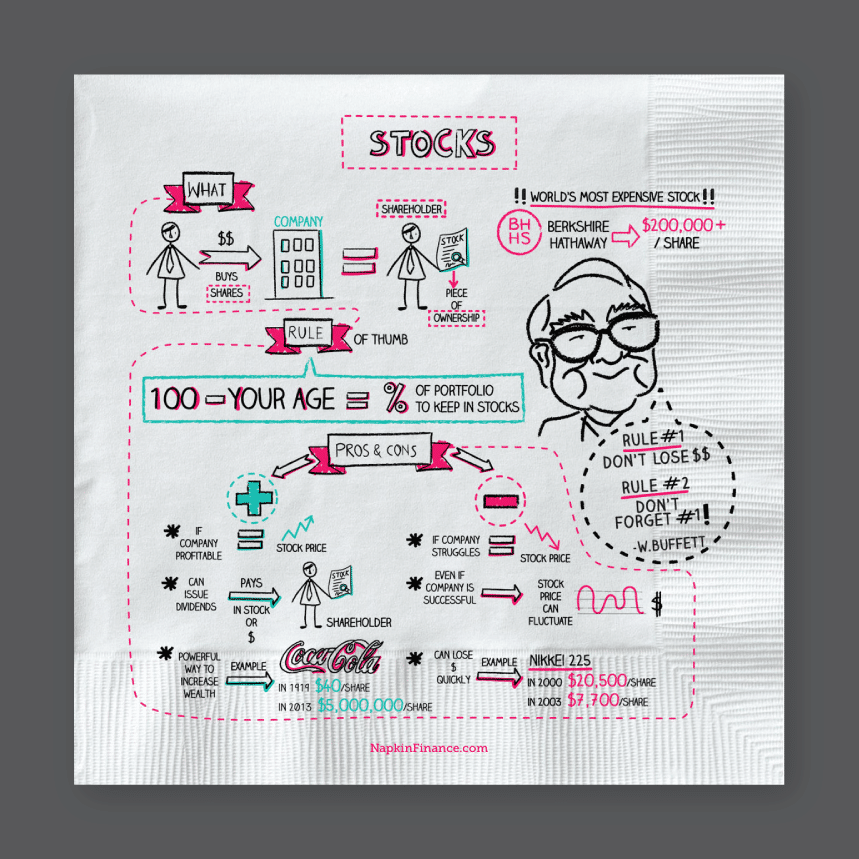 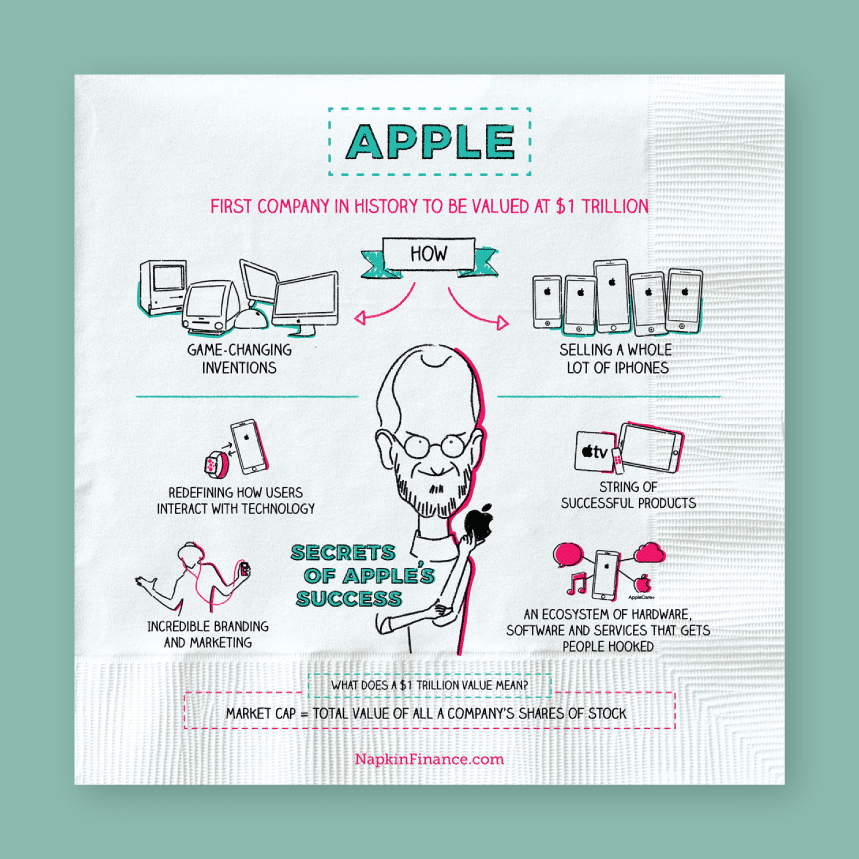 Never underestimate the power of a napkin to capture inspiration when it strikes.  Do you have any interesting napkin doodles of your own? Send us a photo at info@upap.co.za